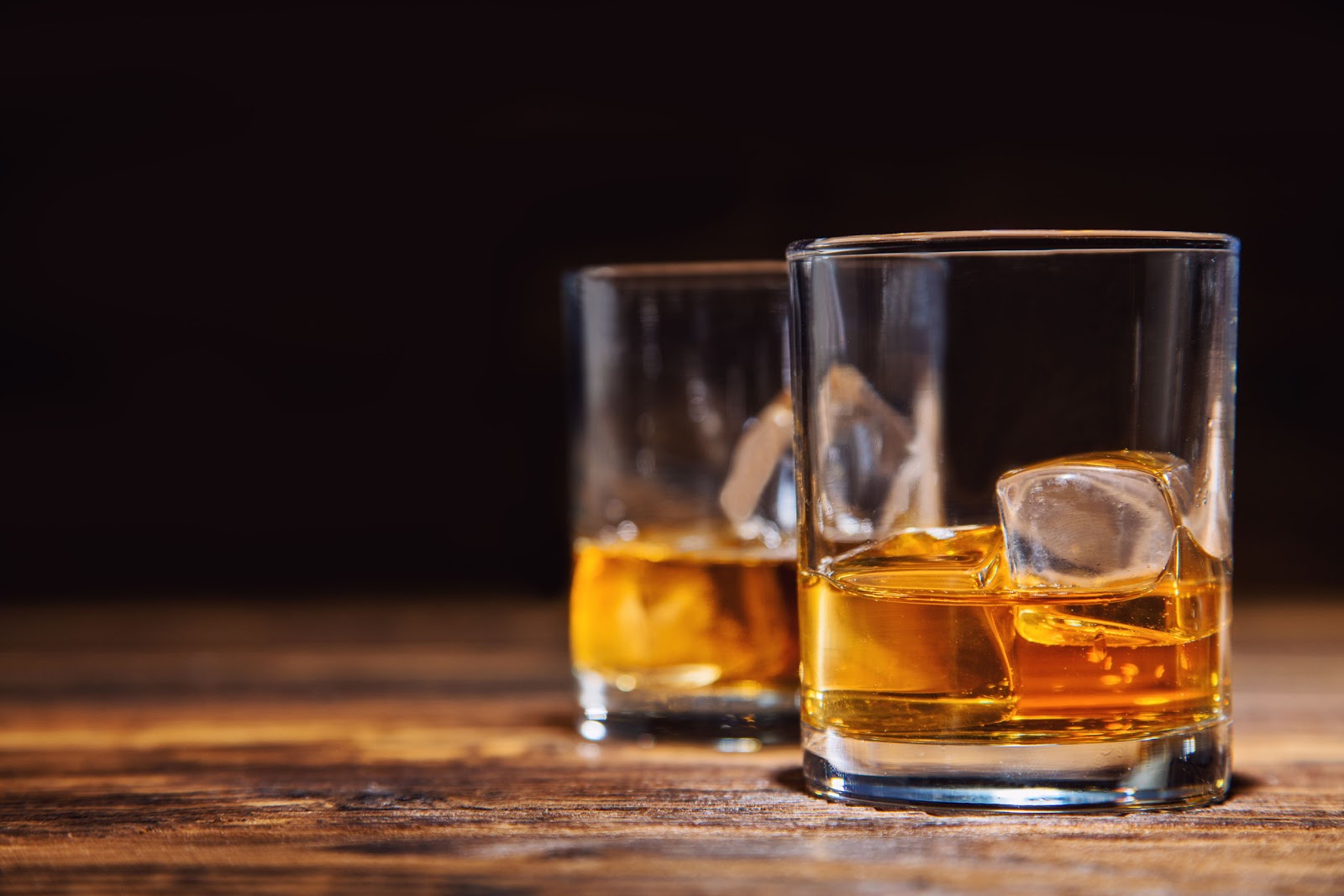 It’s okay if you’re the woman in the Carrie Underwood song who is being bought a fruity little drink because you can’t shoot whiskey, but if you want to learn the basics of this golden beverage, you’re in the right place. The best bartenders Raleigh NC from POUR Bar Services have gathered the most important information on the various types of whiskey and have organized it all within this whiskey tasting factsheet or WTF.

Whiskey is a golden or dark distilled spirit that is made from a select grain that is fermented and then distilled. The grains whiskey is commonly made out of include barley, corn, rye, and wheat. Generally, whiskey refers to American and Irish spirits, while whisky (with no E) refers to a spirit made in Scotland, Canada, Japan, or anywhere else in the world. Whether it's Irish whiskey, scotch, bourbon, or Canadian whisky, it's the most popular liquor in the world and it's used in numerous cocktail and shot recipes. Below are the most common ways whiskey is categorized.

Scotch is a whisky that is only distilled in Scotland. By law, Scotch must be aged in used port, bourbon or wine barrels for at least three years. There are two basic kinds of Scotch whisky: malt and grain.

Malt whisky is made only from malted barley, unlike grain whiskies. A malt whisky will undergo at least two distillations and then left in the oak barrels to age for several years. A single malt scotch means that the spirit was produced with barley from a single distillery, while blended malt scotch is made from multiple distilleries. This type of scotch is usually described as tasting malty, fruity depending on the barrel used, or smokey if the barley is dried over a peat fire.

Grain whisky typically comes from Scotland, but can come from Ireland as well. Grain whiskies can include both corn and wheat, with wheat tending to be the more popular selection of the two. Similar to malt whisky, single grain whisky is produced from a single distillery and blended grain is from multiple. Grain whisky is described as creamy and sweet, and smells herbal or has floral scents to it.

Other than the fact that it must, by law, be made in Ireland, have an ABV of at least 40%, aged for at least three years, and have the coloring adjusted by water or caramel coloring only. Irish whiskey is triple-distilled and made with a blend of malted and unmalted kiln-dried barley in the pot still phase, resulting in drinkers being able to taste more of the grain itself. Being triple-distilled, Irish whiskey is known to be smoother than other high alcohol spirits. As you’d expect, Irish whiskey is typically described as having a smooth and light texture with an oak, or grainy flavor.

There are six major types of American whiskey, all of which are made from a different type of fermented cereal grain. Depending on the exact type of grain and the required amount that is used in making each whiskey, depicts the specific variety of spirit you are drinking. The two that seem to dominate the industry are bourbon and rye.

Can you hear the horse hooves? If you automatically think of Kentucky when you see the word “bourbon,” you are ahead of the game. Technically, the beverage of bourbon can be made anywhere in the United States, but only those made in the Bluegrass State can be labeled as Kentucky Straight Whiskey, which made up many of the more popular bottles such as Maker’s Mark, Woodford Reserve, Jim Beam, Evan Williams, and Buffalo Trace. Bourbon will always be made up of more than half corn, and will be mixed with either barley, wheat, or rye. Additionally, bourbon is always aged in fresh oak barrels versus the used barrels with Irish or Scottish whiskey. Bourbon is characterized as having big vanilla, oak, and caramel notes.

Okay all of you Chris Stapleton fans, it’s your time to shine. Tennessee whiskey is technically a variety of bourbon, but also qualifies as Tennessee whiskey by being made in Tennessee and must undergo the Lincoln County Process. The Lincoln County Process is an additional filtration step before putting the whiskey into the barrels. The mix is steeped over and drained through charcoal chips to remove impurities and give it that delicious smoky, smooth flavor.

For starters, instead of rye whiskey being made up of 51% of corn like bourbon is, it is primarily made up of 51% of (you guessed it) rye! However, the remaining mixture comes from a combination of grains, including barley, wheat, and corn. Rye and bourbon are then made by very similar processes and bottled at a minimum of 40% ABV. Rye bourbon is spicier and dry versus other whiskeys.

There are a number of other categories of American whiskey. They include wheat whiskey, straight or blended whiskey too. Canadian whiskey and Japanese whiskey should also be mentioned on this list, but hold similar characteristics to the spirits above. The best bartenders Raleigh NC at POUR Bar Services agree that whiskey makes a great beverage for any event. Whether it is a small backyard gathering or a wedding with too many guests to count, with the variety that comes with whiskey, there is at least one that will satisfy everyone at your event.

No matter the extent of the event you are holding, POUR Bar Services best bartenders Raleigh NC, is prepared to set the BAR high by going above and beyond in making the best custom cocktails, a great customer experience, and a time to be remembered. For more information, to book a service, or to speak with one of our experienced POUR staff members contact us today! Cheers!

Say what? Many people don’t typically hear wine and low calorie within the same sentence, but there are some wines that are lower in carbs and calories than you may think!
Continue reading